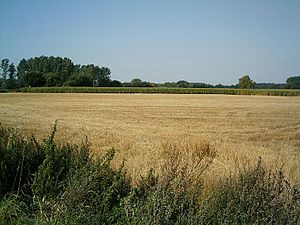 The practice of cultivating land, growing food, and raising livestock.

This article is a stub.

If you are familiar with Agriculture (topic), you can help WikiMD by expanding it.

WikiMD is not a substitute for professional medical advice. See full disclaimer.
Retrieved from "https://wikimd.com/w/index.php?title=Agriculture&oldid=2083499"
Category: