Diabetes mellitus is a syndrome characterized by disordered metabolism and inappropriately high blood sugar (hyperglycaemia) resulting from either low levels of the hormone insulin or from abnormal resistance to insulin's effects.

Insulin is an anabolic hormone that helps the glucose get into your cells to give them energy, and also controls the body's fatty acid metabolism. There are two types of diabetes - type 1 diabetes that usually starts in early childhood and has higher genetic risk and the more common type 2 diabetes that can start in obese kids and adults. Up to 90 percent of the risk of type 2 diabetes is considered preventable according to research from Yale University and other places.

The incidence of type 2 diabetes has gone up significantly in populations around the world including the United States in the past 50 years or so. This has to do with the misguided efforts at the various Governments including that of the United States to deal with the obesity epidemic. As most of the efforts at curbing obesity were too "fat centric" such as the United States failed and now withdrawn food pyramid, this lead to an explosion of insulin resistance as all these so called low fat foods tend to be high glycemic.

It is postulated that increased use of cereal grains might also have contributed to the raise in the epidemic of obesity and type 2 diabetes that some call it as diabetesity.

There are two main types of diabetes: type 1 and type 2.

Prediabetes is a condition in which a person's blood sugar levels are higher than normal, but not yet high enough to be classified as type 2 diabetes. It is estimated that 96 million adults in the United States, or over one third of the adult population, have prediabetes. Unfortunately, over 8 in 10 of these individuals are unaware that they have the condition. Prediabetes can increase a person's risk for developing type 2 diabetes, as well as increasing their risk for heart disease and stroke.

According to the Center's for Disease Control, here are the facts on diabetes:

Not diagnosed with diabetes

Diabetes Statistics per BRFSS survey 2010 in the Unites States

People in the United States were asked by telephone this question: Have you ever been told by a doctor that you have diabetes?

Here are the answers from the BRFSS survey in 2010. As can be seen from the following answers, most people with prediabetes are not aware of their situation. According to the statistics on prediabetes, type 2 diabetes, and metabolic syndrome, up to a third of the adult population in fact have prediabetes although only a small fraction of them are actually aware of it.

Diabetes in the United States 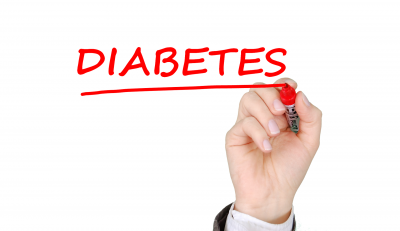 The A1C Test and Diabetes

Defines and explains the A1C diabetes blood test. Discusses using the test for diagnosis of diabetes and prediabetes and monitoring of glucose levels in people with Type 1 or Type 2 diabetes.

WikiMD is not a substitute for professional medical advice. See full disclaimer.
Retrieved from "https://wikimd.com/w/index.php?title=Diabetes&oldid=4922346"
Categories: