Disaster medicine is the area of physician medical specialization serving the dual areas of providing health care to disaster survivors and providing medically related disaster preparation, disaster planning, disaster response and disaster recovery leadership throughout the disaster life cycle. Disaster medicine specialists provide insight, guidance and expertise on the principles and practice of medicine both in the disaster impact area and healthcare evacuation receiving facilities to emergency management professionals, hospitals, healthcare facilities, communities and governments. The disaster medicine specialist is the liaison between and partner to the medical contingency planner, the emergency management professional, the incident command system, government and policy makers.

Disaster healthcare – The provision of healthcare services by healthcare professionals to disaster survivors and disaster responders both in a disaster impact area and healthcare evacuation receiving facilities throughout the disaster life cycle.[1]

Disaster law – Disaster law deals with the legal ramifications of disaster planning, preparedness, response and recovery, including but not limited to financial recovery, public and private liability, property abatement and condemnation.[3]

Disaster planning – The act of devising a methodology for dealing with a disaster event, especially one with the potential to occur suddenly and cause great injury and/or loss of life, damage and hardship. Disaster planning occurs during the disaster interphase.[4]

Disaster preparation – The act of practicing and implementing the plan for dealing with a disaster event before and event occurs, especially one with the potential to occur suddenly and cause great injury and/or loss of life, damage and hardship. Disaster preparation occurs during the disaster interphase.[5]

Disaster recovery – The restoration or return to the former or better state or condition proceeding a disaster event (i.e., status quo ante, the state of affairs that existed previously). Disaster recovery is the fourth phase of the disaster life cycle.[4]

Medical contingency planning – The act of devising a methodology for meeting the medical requirements of a population affected by a disaster event.[6]

Medical surge – An influx of patients (physical casualties and psychological casualties), bystanders, visitors, family members, media and individuals searching for the missing who present to a hospital or healthcare facility for treatment, information and/or shelter as a result of a disaster.[2]

Surge capacity – The ability to manage a sudden, unexpected increase in patient volume that would otherwise severely challenge or exceed the current capacity of the health care system.[7]

Medical triage – The separation of patients based on severity of injury or illness in light of available resources.[8]

Psychosocial triage – The separation of patients based on the severity of psychological injury or impact in light of available resources.[9]

The term “disaster medicine” first appeared in the medical lexicon in the post World War II era. Although coined by former and current military physicians who had served in World War II, the term grow out of a concern for the need to care for military casualties, or nuclear holocaust victims[citation needed], but out of the need to provide care to the survivors of natural disasters and the not yet distant memory of the 1917-1918 Influenza Pandemic.

The term “disaster medicine” would continue to appear sporadically in both the medical and popular press[citation needed] until the 1980s when the first concerted efforts to organize a medical response corps for disasters grew into the National Disaster Medical System. Simultaneous with this was the formation of a disaster and emergency medicine discussion and study group under the American Medical Association (AMA) in the United States as well as groups in Great Britain, Israel and other countries. By the time hurricane Andrew struck Florida in 1992, the concept of disaster medicine was entrenched in public and governmental consciousness. Although training and fellowships in disaster medicine or related topics began graduating specialists in the Europe and the United States as early as the 1980s, it would not be until 2003 however that the medical community would embrace the need for the new specialty[citation needed].

Throughout this period, incomplete and faltering medical responses to disaster events made it increasingly apparent[citation needed] in the United States of America that federal, state and local emergency management organizations were in need of a mechanism to identify qualified physicians in the face of a global upturn in the rate of disasters[citation needed]. Many physicians who volunteer at disasters have a bare minimum of knowledge in disaster medicine and often pose a hazard to themselves and the response effort because they have little or no field response training. It was against this backdrop that the American Academy of Disaster Medicine (AADM) and the American Board of Disaster Medicine (ABODM) were formed in the United States of America for the purpose of scholarly exchange and education in Disaster Medicine as well as the development of an examination demonstrating excellence towards board certification in this new specialty.

In 2006 Elsevier, the largest publisher of medical textbooks in the world, published the 200 chapter textbook Disaster Medicine under its subsidiary Mosby, further validating Disaster Medicine as a legitimate field of Medicine with a definable core curriculum.[10] That work has grown to become the best selling textbook in the world in the field. Unsolicited professional reviews included “5 out of 5 stars: Outstanding” from the Mayo Clinic Proceedings;[11] “This is an outstanding addition to the field of Disaster Medicine……..it is destined to become the standard textbook. This book should be required reading for all physicians, whether in training or in practice for 20 years.” From the Journal of Emergency Medicine.[12] Its second edition, "Ciottone's Disaster Medicine", named after the Editor-in Chief Prof. Gregory Ciottone MD from Harvard, is currently in press.

Internationally[citation needed], disaster medicine specialists must demonstrate competency in areas of disaster healthcare and emergency management including but not limited to:

1812 – Napoleonic wars give rise to the military medical practice of triage in an effort to sort wounded soldiers in those to receive medical treatment and return to battle and those whose injuries are non-survivable. Dominique-Jean Larrey, a surgeon in the French emperor’s army, not only conceived of taking care of the wounded on the battlefield, he also created the concept of ambulances, collecting the wounded in horse-drawn wagons and taking them to military hospitals.

1873 – Clara Barton starts organization of the American Red Cross, drawing on her experiences during the American Civil War.

1959 – Col. Joseph R. Schaeffer, M.D. reflecting the growing national concern over nuclear attacks on the United States civilian population initiates training for civilian physicians in the treatment of mass casualties for the effects of weapons of mass destruction creating the concept of medical surge capacity.[15]

1986 – A disaster medical response discussion group is created by NDMS team members and emergency medicine organizations in the United States. Healthcare professionals worldwide join the discussion group of the years to come.

1989 – The University of New Mexico creates the Center for Disaster Medicine, the first such medical center of excellence in the United States. Elsewhere in the world, similar centers are created at universities in London, Paris, Brussels and Bordeaux.[18]

1993 – On February 26, 1993 at 12:17 PM, a terrorist attack on the North Tower of the World Trade Center (the such attack on United States soil since World War II) increases interest in specialized education on the training disaster response for civilian physicians[citation needed].

1998 – The American College of Contingency Planners (ACCP) is formed by the American Academy of Medical Administrators (AAMA) to provide certification and scholarly study in the area of medical contingency planning and healthcare disaster planning.[19]

2001 – The September 11, 2001 attacks on the World Trade Center and the Pentagon is the largest loss of life resulting from an attack on American targets on United States soil since Pearl Harbor. As a result, the need for disaster medicine is galvanized[citation needed].

2003 – The American Medical Association in conjunction with the Medical College of Georgia and the University of Texas debut the National Disaster Life Support (NDLS) training program providing the first national certification in disaster medicine skills and education. NDLS training would later be referred to as “the CPR of the 21st century.”

2003 – In February, 2003 the American Association of Physician Specialists (AAPS) appoints an expert panel to explore the question of whether Disaster Medicine qualifies as a medical specialty.

2003 – On February 28, 2003, President Bush issues HSPD-5 outlining the system for management of domestic incidents (man-made and natural disasters). HSPD-5 mandated the creation and adoption of the National Response Plan (NRP).[1]

2004 – In February, 2004 the AAPS reports to the American Board of Physician Specialties (ABPS) that the expert panel, supported by the available literature and recent HSPD’s has determined that there is a sufficient body of unique knowledge in Disaster Medicine to designate the field as a discrete specialty. ABPS empanels a board of certification to determine if board certification is appropriate in this new specialty.

2004 – On April 28, 2004, President Bush issues HSPD-10, also known as the plan for Biodefense for the 21st Century which calls for healthcare to implement surveillance and response capabilities to combat the threat of terrorism.[1]

2006 – In June 2006, the Institute of Medicine published three reports on the state of emergency healthcare in the United States. Among the condemnations of emergency care is the lack of substantial improvement in disaster preparedness or “cross silo” coordination.

2006 – On September 17, 2006, the NIMS Integration Center publishes the NIMS Implementation Plan for Hospitals and Healthcare establishing a September 30, 2007 deadline for all hospitals and healthcare facilities to be “NIMS compliant.”

2007 – On January 31, 2007, President Bush issues HSPD-18 calling for the development and deployment of medical countermeasures against weapons of mass destruction.[1]

2007 – On September 30, 2007, the NIMS Implementation Plan for Hospitals and Healthcare Facilities compliance deadline passes with fewer than 9% of all United States hospitals fully compliant and fewer than half of hospitals and healthcare facilities having made substantial progress towards compliance.

2007 – On October 18, 2007, President Bush issues HSPD-21 outlining an augmented plan for public health and disaster medical preparedness. HSPD-21 specifically calls for the creation of the discipline of “disaster healthcare” using the accepted definition of “disaster medicine.” HSPD-21 also calls on the Secretary of Health and Human Services (HHS) to use “economic incentives’’ including the Center for Medicare Services (CMS) to induce private medical organizations, hospitals and healthcare facilities to implement disaster healthcare programs and medical disaster preparedness programs.[1]

Physicians who hold board certification in disaster medicine have demonstrated by written and simulator based examination that through training and field experience they have mastered the spectrum of knowledge and skills which defines the specialty of disaster medicine. As with all medical specialties, this body of knowledge and skills is contained in the core competencies document created and maintained by the American Board of Disaster Medicine and the American Academy of Disaster Medicine. As with all core competencies document, the specific knowledge and skills required for certification are subject to constant refinement and evolution. This statement cannot be more true than for a specialty like disaster medicine where the nature of the threats faced, the responses undertaken and the lessons learned become more complex with each event. 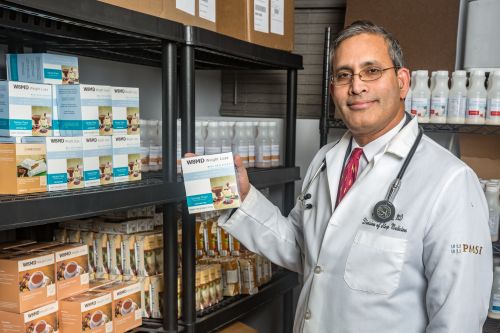 I would most definitely recommend to go here. They are very nice helpful and know what they are doing and talking about, I can see that the doctor has experience for sure. - A patient.