Mechanical ventilation may be required if a patient's unassisted breathing is insufficient to oxygenate the blood.

Intensive care medicine or critical care medicine is a branch of medicine concerned with the diagnosis and management of life threatening conditions requiring sophisticated organ support and invasive monitoring.

Patients requiring intensive care may require support for instability (hypertension/hypotension), airway or respiratory compromise (such as ventilator support), acute renal failure, potentially lethal cardiac arrhythmias, or the cumulative effects of multiple organ failure, more commonly referred to now as multiple organ dysfunction syndrome. They may also be admitted for intensive/invasive monitoring, such as the crucial hours after major surgery when deemed too unstable to transfer to a less intensively monitored unit.

Intensive care usually takes a system by system approach to treatment, rather than the SOAP (subjective, objective, analysis, plan) approach of high dependency care. The nine key systems (see below) are each considered on an observation-intervention-impression basis to produce a daily plan. As well as the key systems, intensive care treatment raises other issues including psychological health, pressure points, mobilisation and physiotherapy, and secondary infections. 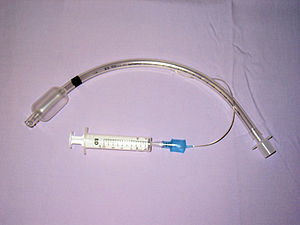 Critical care medicine is a relatively new but increasingly important medical specialty. Physicians with training in critical care medicine are referred to as intensivists. In the United States, the specialty requires additional fellowship training for physicians having completed their primary residency training in internal medicine, pediatrics, anesthesiology, surgery or emergency medicine. US board certification in critical care medicine is available through all five specialty boards. Intensivists with a primary training in internal medicine sometimes pursue combined fellowship training in another subspecialty such as pulmonary medicine, cardiology, infectious disease, or nephrology. The American Society of Critical Care Medicine is a well-established multiprofessional society for practitioners working in the ICU including nurses, respriatory therapists, and physicians. Most medical research has demonstrated that ICU care provided by intensivists produces better outcomes and more cost-effective care. This has led the Leapfrog Group to make a primary recommendation that all ICU patients be managed or co-managed by a dedicated intensivist who is exclusively responsible for patients in one ICU. However, in the US, there is a critical shortage of intensivists and most hospitals lack this critical physician team member.

Patient management in intensive care differs significantly between countries. In countries such as Australia and New Zealand, where intensive care medicine is a well-established speciality, many larger ICUs are described as "closed". In a closed unit the intensive care specialist takes on the senior role where the patient's primary physician now acts as a consultant. The advantage of this system is a more coordinated management of the patient based on a team who work exclusively in ICU. Other countries have open ICUs, where the primary physician chooses to admit and, in general, makes the management decisions. There is increasingly strong evidence that "closed" intensive care units staffed by intensivists provide better outcomes for patients.

In veterinary medicine, critical care medicine is recognized as a specialty and is closely allied with emergency medicine. Board-certified veterinary critical care specialists are known as criticalists, and generally are employed in referral institutions or universities. 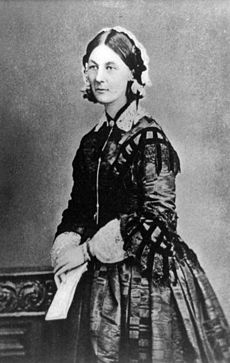 The ICU's roots can be traced back to the Monitoring Unit of critical patients through nurse Florence Nightingale. The Crimean War began in 1853 when Britain, France, and the Ottoman Empire (Turkey) declared war on Russia. Because of the lack of critical care and the high rate of infection, there was a high mortality rate of hospitalised soldiers, reaching as high as 40% of the deaths recorded during the war. Upon arriving, and practicing, the mortality rate fell to 2%. Nightingale contracted typhoid, and returned in 1856 from the war. A school of nursing dedicated to her was formed in 1859 in England. The school was recognised for its professional value and technical calibre, receiving prizes throughout the British government. The school of nursing was established in Saint Thomas Hospital, as a one-year course, and was given to doctors. It used theoretical and practical lessons, as opposed to purely academic lessons. Nightingale's work, and the school, paved the way for intensive care medicine.

Walter Edward Dandy was born in Sedalia, Missouri. He received his BA in 1907 through the University of Missouri and his M.D. in 1910 through the Johns Hopkins University School of Medicine. Dandy worked one year with Dr. Harvey Cushing in the Hunterian Laboratory of Johns Hopkins before entering its boarding school and residence in the Johns Hopkins Hospital. He worked in the Johns Hopkins College in 1914 and remained there until his death in 1946. One of the most important contributions he made for neurosurgery was the air method in ventriculography, in which the cerebrospinal fluid is substituted with air to help an image form on an X-Ray of the ventricular space in the brain. This technique was extremely successful for identifying brain injuries. Dr. Dandy was also a pioneer in the advances in operations for illnesses of the brain affecting the glossopharyngeal as well as Ménière's syndrome, and he published studies that show that high activity can cause sciatic pain. Dandy created the first ICU in the world, 03 beds in Boston in 1926.

Bjørn Aage Ibsen (1915–2007) graduated in 1940 from medical school at the University of Copenhagen and trained in anesthesiology from 1949 to 1950 at the Massachusetts General Hospital, Boston. He became involved in the 1952 poliomyelitis outbreak in Denmark, where 2722 patients developed the illness in a 6-month period, with 316 suffering respiratory or airway paralysis. Treatment had involved the use of the few negative pressure respirators available, but these devices, while helpful, were limited and did not protect against aspiration of secretions. Ibsen changed management directly, instituting protracted positive pressure ventilation by means of intubation into the trachea, and enlisting 200 medical students to manually pump oxygen and air into the patients lungs. At this time Carl-Gunnar Engström had developed one of the first positive pressure volume controlled ventilators, which eventually replaced the medical students. In this fashion, mortality declined from 90% to around 25%. Patients were managed in 3 special 35 bed areas, which aided charting and other management. In 1953, Ibsen set up what became the world's first Medical/Surgical ICU in a converted student nurse classroom in Kommunehospitalet (The Municipal Hospital) in Copenhagen,[1] and provided one of the first accounts of the management of tetanus with muscle relaxants and controlled ventilation. In 1954 Ibsen was elected Head of the Department of Anaesthesiology at that institution. He jointly authored the first known account of ICU management principles in Nordisk Medicin, September 18, 1958: ‘Arbejdet på en Anæsthesiologisk Observationsafdeling’ (‘The Work in an Anaesthesiologic Observation Unit’) with Tone Dahl Kvittingen from Norway. He died in 2007.

In 1970, the Society of Critical Care Medicine was formed.

What do intensivists do?[edit | edit source]